A few years ago, I attended a family science camp at Camp Westwind over a long weekend with my son, Theo, and then-boyfriend, Mark. The small cluster of families met up in the parking lot and together took a small boat across a small body of water where we disembarked and trudged together up a sandy hill into camp.

Theo was eight then, and his sister (child of my coparent and his wife) had just been born. An extrovert, my son struck up a conversation with a woman who writes guide book about Oregon, and they discussed the geological and cultural history of his homeland all the way into camp.

When dinner time came, Theo joined his new friend and several other families to continue their conversation at their table. As Mark and I sat at a neighboring table deep in our own conversation with some new friends, I delighted in my son’s freedom to be loosely connected to us but making his own social choices.

At the end of dinner, four of the women Theo had been sitting with approached and stood in a semicircle around me. The vibe was odd—disapproving. Awkward.

“We heard you have a newborn baby,” said the guidebook writer, her voice thick with judgement, “and we’re wondering where she is this weekend.”

It was pure dream material. Like showing up to class without pants or unprepared for the test. I was being told I had an infant I’d somehow forgotten about and misplaced. I stood there in shock for a moment, trying to make sense of this information.

Then it hit me: Grace! They were talking about my son’s new sister—his favorite, new topic of conversation. He must’ve been telling them how excited he was to be a big brother, and they’d assumed the baby to be mine, assumed us to be a two-parent family instead of the four coparents we actually were, with two whole siblings we refused to define as half. 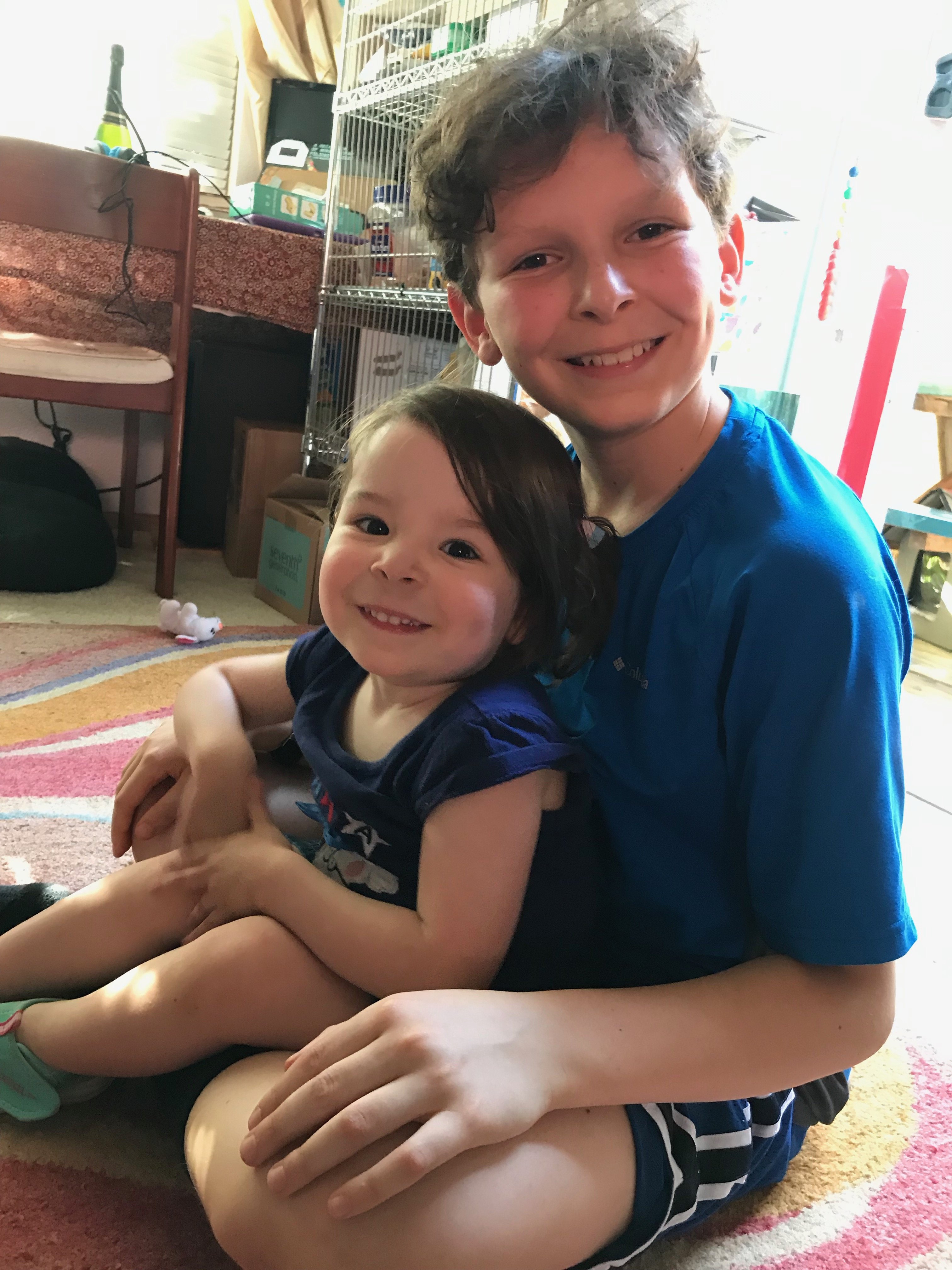 The women stood there as immobilized and confused as I had been a moment before.

“What do you mean she’s not yours?” another woman asked.

“I mean, she’s the child of Theo’s father and stepmother,” I replied. “I did not give birth to her, she does not live with me, and I do not take her on vacation.”

There was a collective exhalation. Then came the next false assumption.

“Oh, ok, well then, how long have you guys been married?” said the guidebook author, gesturing to Mark. She was clearly trying to find some new norm about me to settle into that aligned with her paradigm of “family”.

“Oh, we’re not married,” I responded.

“But you three all look so happy and comfortable with each other,” she replied.

“Yes,” I said, “And we pulled that off even without a marriage—or living together. And my son has a sister who thrills him, even though his parents divorced and his father remarried. It’s amazing what’s possible in families when we choose to be happy with each other,” I responded.

That seemed to stump everyone. The other mothers shuffled away a little sheepishly. I was out from under the mommy microscope.

But I was fascinated. These people had misread Mark, Theo, and me as a family of origin. They had misread Theo’s sister as my child. They had layered us with all of their stories and assumptions about what makes a happy family. And that’s how we’re all operating most of the time.

I started to notice my own tendencies to assign stories to strangers (and familiars) based on my own bias and life experience. This came up for me recently as I listened to a podcast where an artist I follow was interviewed about her husband’s sudden death at age 40—leaving her pregnant and with a three-year-old.

Knowing of this event when it happened the previous year, I’d superimposed my own ideas of what this loss meant to this woman – emotionally, practically, financially. When I heard her tell her story, I discovered every one of my assumptions was completely wrong. I was reminded yet again that we never know what’s happening inside another person’s heart, relationship, or family.

What’s become interesting to me over the years is how the stories we tell about other people reveal who we are more clearly. Whether I am full of judgement or empathy for others, I remind myself that really, I have no idea what’s going on for them. And they are just mirrors for how I feel about myself.

Here’s a quick video about the process I use to transform judgements about others (positive and negative) into insights about myself. So that I can defuse my triggers, grant others the grace they deserve, and better welcome myself. 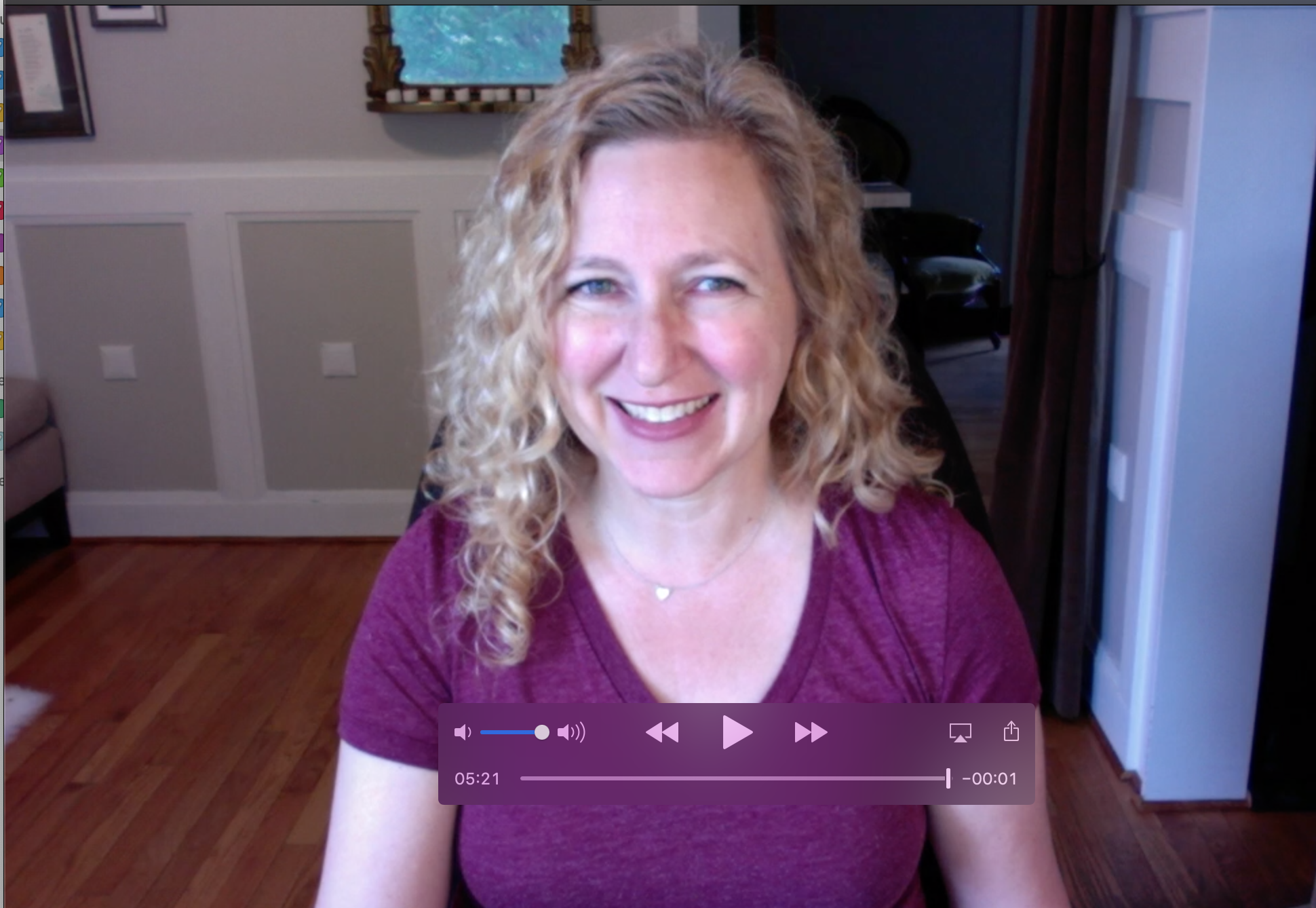 What truths about yourself have you excavated when you find yourself judging others? I’d love to hear about your discoveries in the comments below.

2 Comments on “Where did you put the baby?”